Last month’s sales were 9.6 percent below the 10-year sales average for the month.

The sales-to-active listings ratio for September 2016 is 24.1 percent. This is the lowest this ratio has been since February 2015. Generally, analysts say that downward pressure on home prices occurs when the ratio dips below the 12 percent mark, while home prices often experience upward pressure when it reaches the 20 to 22 percent range in a particular community for a sustained period.

“Changing market conditions are easing upward pressure on home prices in our region,” Morrison said. “There’s uncertainty in the market at the moment and home buyers and sellers are having difficulty establishing price as a result. To help you understand the factors affecting prices, it’s important to talk with a REALTOR®.”

The MLS® Home Price Index composite benchmark price for all residential properties in Metro Vancouver is currently $931,900. This represents a 28.9 percent increase compared to September 2015 and a 0.1 percent decline compared to August 2016. 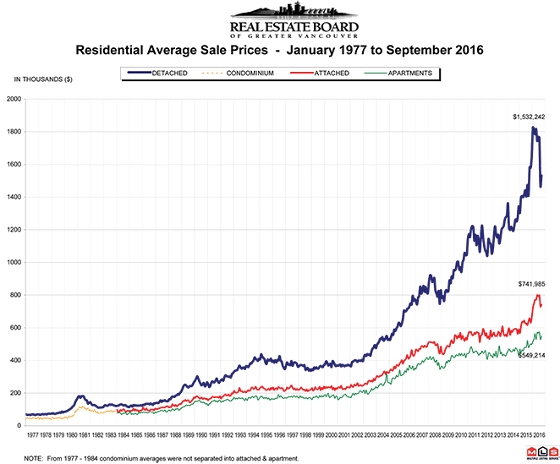